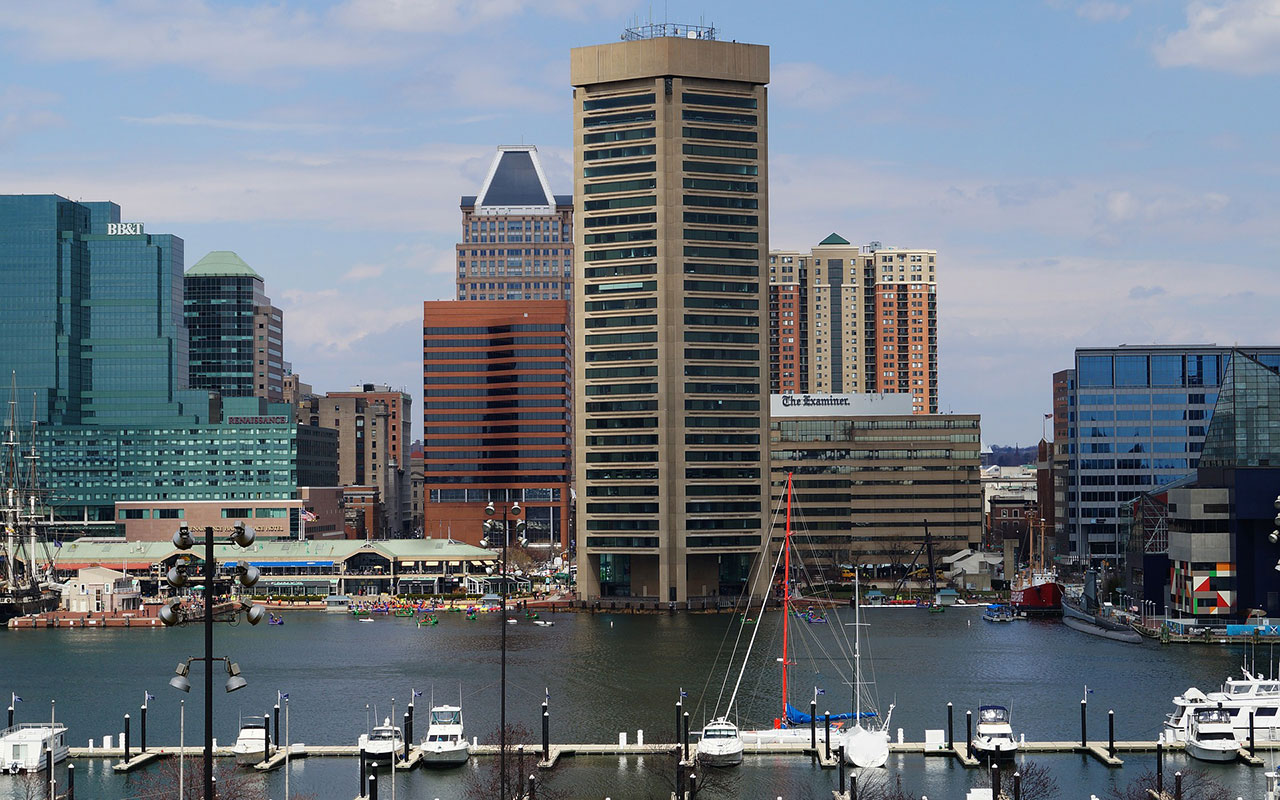 Prime Minister Boris Johnson has reiterated his intent to level up UK’s economic geography. This appears mainly to mean large-scale government spending on ‘infrastructure’. This approach to stimulate spending and demand management won’t magically lift prosperity in the North in the absence of self-generating investment and wealth creation in the private sector. Attention ought to be paid to lifting supply-side barriers to investment.

Towns and cities need value-creating production to generate wealth, jobs and ongoing prosperity. If a town’s economy is stagnant or in decline, this no longer happens. We saw this in the 1970s and 1980s with the collapse of older industries. By the mid-1980s, town centre economies were threatened by out-of-town shopping malls. PPG6 stopped the rot and at the same time cities and towns turned to mixed-use, the arts and creative industries and their evening and night-time economies. But following the banking crisis of 2008, towns and small cities in at least parts of the UK began to struggle. This time, the competition came from in-centre superstores and internet shopping.

In 2007, the Policy Exchange’s report on UK regional and regeneration policy concluded that its impact had been minimal, largely irrelevant and a waste of time. It called for regional policy to be abandoned, pointing to falling gross value added (GVA) in the North, shrinking local incomes and continued out-migration of skilled labour.

Still, organisations such as the Association of City and Town Centre Management and new business improvement districts (BIDs) began to address economic stagnation at local level. The Scottish Towns Partnership, for example, was set up in 2013. BIDs have had some success despite operating on meagre budgets – a bit of string, some sticky tape and a bit of paint. They’ve done as well as they could. But in parts of the North of England and the western Central Lowlands of Scotland, whole towns, clusters of towns and self-standing cities have continued to stagnate and decline.

The UK2070 Commission, in Make No Little Plans: Acting at Scale for a Fairer and Stronger Future, repeats an old formula for regional redistribution of economic activity. This calls for increased government spending: 3% of GDP annually on infrastructure, devolving power and funding away from London, new centres of research and development outside of London, linking a ‘rebalancing’ of the economy to net-zero emissions, and strengthening the local economies of ‘disadvantaged’ towns. This seems to me to be a list of things put together by a committee, repeating the types of intervention that have been tried before, going back as far as the 1930s. Some spending on infrastructure may well be necessary, certainly on transport, but this needs to be productive investment that will demonstrably help generate private sector investment.

Diverting funding away from London sounds a lot like moving government departments to East Kilbride. New R&D centres would be best grown from existing competences, as in Bristol with aerospace, Edinburgh for medicine, Sunderland for marine engineering. Simply building a new research centre in, say, Blackburn would likely fail. The notion of growing new ‘green deal’ jobs is untested, to say the least. Will there be enough job creation and growth to offset the loss of jobs in the traditional car industry or steel or aluminium production? Shouldn’t all this be subject to a cost-benefit analysis? Strengthening local economies is something most people are in favour of – like apple pie; the question is how?

Despite 80 years of similar policies, the North and Scotland remain economic laggards, relatively deprived and lacking in self-generating wealth creation. Many towns, regions and small cities have become by-passed places, almost completely dependent on government jobs and public spending. Might it be, as at the level of national economic policy, Keynesian approaches are bound to fail because they are approaching the problem from the wrong end? Perhaps we should be looking to the supply side notions of supply and demand, prices and production, exports and trade within and across economic sectors.

The American writer William H. Fruth has researched the success or otherwise of local economic development across states and cities in the US. In The Flow of Money, he argues that economic quality of life depends on net wealth creation. As economies grow, people enjoy more secure employment, higher wages and greater and more varied economic opportunities. Businesses thrive where start-up and expansion costs are low.

Importantly, he argues that local government must have a positive attitude to business growth, taxation, compliance costs and regulation. Government support should be limited, dealing with supply-side blockages; things like incubators, joint marketing and, perhaps, venture capital. Government should not involve itself in the detail of local and regional economic development; rather the focus should be on cutting taxes, promoting private sector investment and thus wealth creation and jobs.

Opportunity zones were introduced in the US in 2018. These offer tax breaks to investors if they put their money into struggling cities and regions in an attempt to kick-start regeneration. Local areas secure investment and jobs and improved environments, while the investors are minimally taxed over a period of years.  Almost 9,000 opportunity zones have already been created, most in places where at least one in five people live below the poverty line. Baltimore’s opportunity zones, for example, currently have 70 investment projects in the pipeline.

The biggest tax breaks are for those who re-invest capital gains – money made when selling an asset, like property or an investment. This means that gains are being invested in new businesses and development. Zones are selected on the basis of poverty thresholds, although some have been granted in less struggling areas. Much depends on the cities and regions selected, otherwise there is the possibility that some areas are getting investment they don’t need. Against this, there is the argument that such investments are more likely to deliver new work, jobs and prosperity if there are already some success stories locally.

Opportunity zones have similarities with the enterprise zones here in the UK, set up in the 1980s. These were reintroduced in 2012 when 24 new zones were designated. The main policy lever was tax incentives, but Local Enterprise Partnerships (LEPs) were also brought into being and allowed to borrow against future business rate growth to invest in infrastructure. During the first five years of their existence, the 24 enterprise zones ‘created’ 17,000 jobs, including 2,000 public sector jobs and 2,000 construction jobs. These jobs were skewed towards low-skilled services in local services, and not in exporting, higher-skilled firms. It would seem that the most success has been achieved in already regenerating cities and in already attractive and well-connected parts of the country.

There are four standard criticisms of enterprise zones: they create fewer jobs than predicted; the jobs created are expensive; half of the jobs are from elsewhere locally; and jobs created have been lower-skilled and mainly in local services. The first two issues are not definitive, in that the assessment period (2012-2017) is only five years. Some of these will be 10-year projects. The jobs seem to be no more expensive, indeed much less so, than employing more people in the public sector.

Jobs being displaced from the surrounding area into an enterprise zone is sure to be expected, especially at the start. More of a concern is the apparent failure to grow higher-skilled jobs in exporting firms, except in Science Vale, Bristol/Bath and Harlow. Again, this may be a function of the time taken to make investment plans, choose a location, raise funding, design the projects and secure development rights. It takes three to five years for a project to be delivered on the ground. This being the case, it would seem precipitate to abandon enterprise zones now.

Freeports are a variation on enterprise zones in that the aim is to reduce taxes, regulation and barriers to productive activity. These are usually established at existing seaports. The UK government has launched a consultation period, as of March 2020, some 10 freeports being proposed. Here the idea is to establish areas where no duties or tariffs are imposed on imports until they clear the freeport. Goods or raw materials are not taxed if they are subsequently exported abroad but pay tax on entering the UK. This would be accompanied by a relaxation of planning controls to allow producers to build plants, factories and processing centres. Investment would thus flow to the freeports where it would be used in production.

Freeports are not a new idea: some 3,500 exist around the world, notably in the Middle East, China and the US. In the UK, it seems clear that the Freeport policy is a response to Brexit and is partly a means of countering tariffs being raised between the UK and the EU. The new UK Freeports are planned to begin in 2021. It is likely that the designations themselves will need to be accompanied by improvements in transport and internet access, upgrading labour skills, development and deregulated planning controls.

Economic growth and prosperity happen when we increase the quantity and quality of capital and labour. Taxes are a cost levied on whatever is being produced. Where these taxes are onerous or considered unfair, people respond by producing less or moving away. In order to get more prosperity, we should lower taxes on productive activities: work, savings, investment and entrepreneurship. In this, the most important consideration is not the average tax rate per se, but the marginal tax rate applied to increased work, productivity and profits.

Regional development policy should focus much more on supply-side economics, understanding firms, the industries they compete in, entrepreneurship and innovation, investment and productivity, skills and competences, local clustering and competitive advantage. Pump-priming by government has a role, but this is a supporting role and not the policy objective. The important thing is to help grow new businesses who are themselves creating new work. The enterprise zone or opportunity zone model provides a method of attempting this, although it may need adjusting for local circumstances.

John Montgomery AoU is an urban planner and strategist who has worked in regional economic development for 35 years. His book on technological waves and episodes of wealth creation – The New Wealth of Cities – was published in 2007 by Ashgate 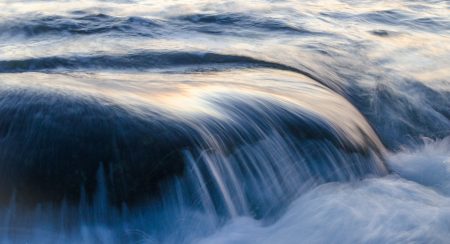 Everything Flows: What the philosopher Heraclitus can teach us about urban planning. Andreas Markides reflects on change and 35 years of planning.
Read More 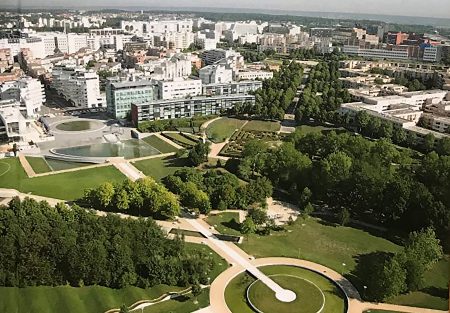 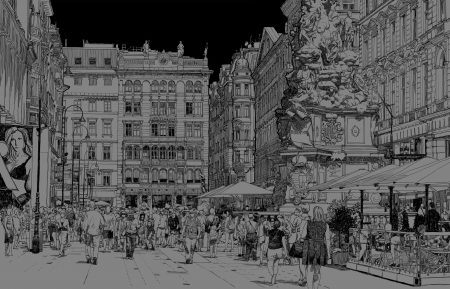 Are cities really so vulnerable to the long-term effects of Covid-19? Martin Crookson argues that reports of the death of the city are exaggerated. Based on his book written with Jonathan Reades he argues that face to face still matters.
Read More
Join and Support
Become a member of The Academy of Urbanism
The Academy of Urbanism is a politically independent, not-for-profit organisation that brings together both the current and next generation of urban leaders, thinkers and practitioners, as well as those that support our programmes, events and activities. If you would like to help us to recognise, encourage and celebrate great places, and the people and organisations that create and sustain them, we encourage you to become a member of the Academy.
Membership