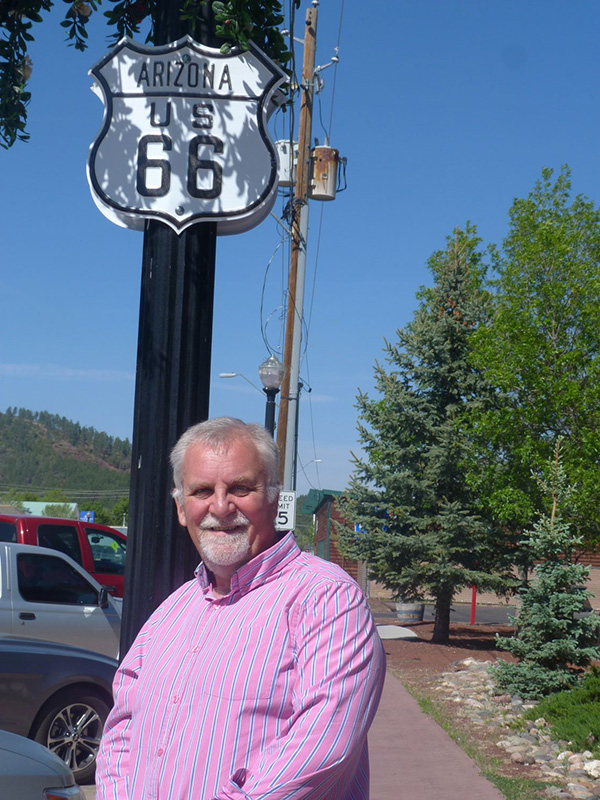 hen I was a teenager the Rolling Stones released their first Long Player and Route 66 was the first track.

From then on, Route 66, the old road from Chicago to Los Angeles, became significant to me for two reasons. Firstly, the song evoked romantic images of wide roadways, enormous cars, big skies, drive-ins, hamburgers and neon lights. More importantly, the song was a part of a musical awakening in me.

At that time, most of the musicians I liked played blues-based 1950’s and 1960’s R&B  from bands such as The Stones, Yardbirds, Animals, Manfreds, Kinks, Pretty Things and Them. Many of them included the song in their acts and some recorded it – including the Stones, Van Morrison’s Them and Chuck Berry. The music of these bands introduced me to numerous original blues musicians with whose music I have felt a strong empathy that has grown over the years and which doesn’t fade. The music is a constant companion; both entertaining, supportive emotionally and uplifting.

So my place is Route 66. I have dreamt of following it for most of my life, winding from Chicago to LA. I made it to Flagstaff, Arizona, where this picture was taken, but I don’t suppose I will ever drive it in my dream Mustang, which is more than 2000 miles all the way. But I can go there every time I pick up my guitar, which is the next best thing.