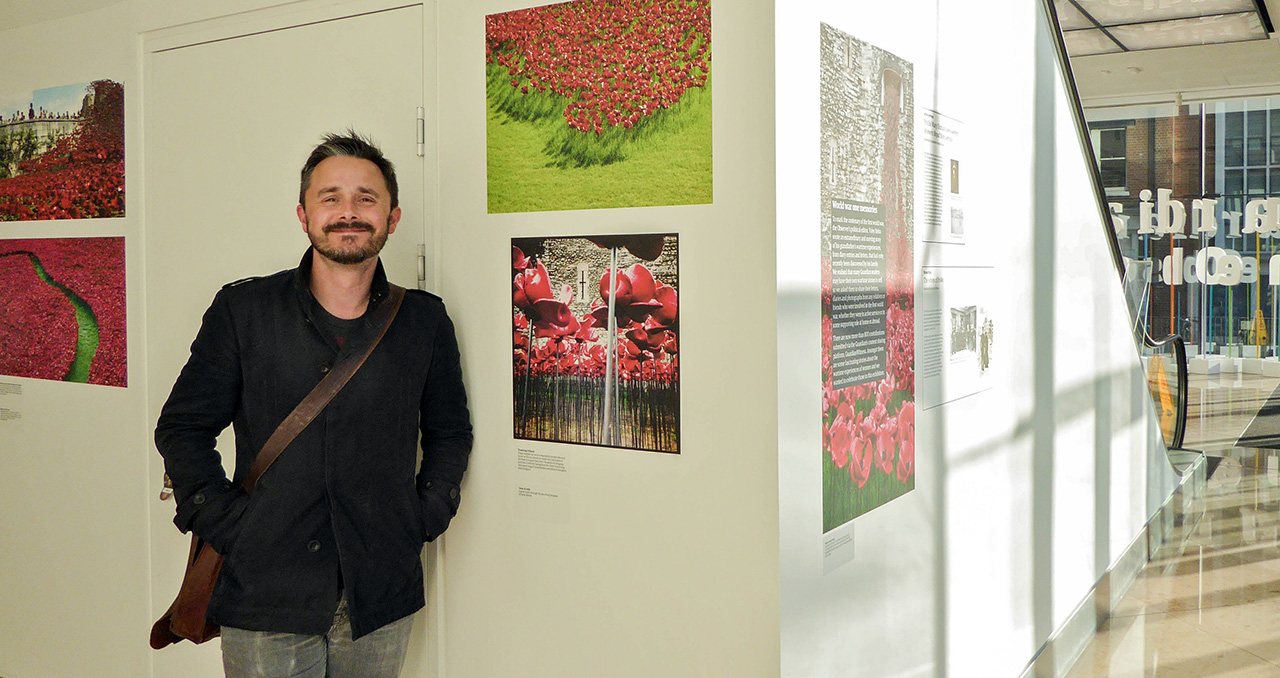 This is a photo of me at The Guardian’s head offices, near Kings Cross in London. My photographic work was being featured in an exhibition, to commemorate 100 years of the start of World War One – principally the ceramic poppy installation created by artists Paul Cummins and Tom Piper. I was part of the team who constructed and ‘planted’ the poppies.

This is My Place for several reasons. Firstly, because The Guardian has frequently featured my photographic work over the past three years, both in print and online. They have also profiled me as a photographer in their Guardian Witness supplement. Another reason is that the area around Kings Cross, St. Martin’s Place and the Regents Canal, has seen dramatic change in the time I have lived in London.

When I moved to London from Yorkshire in 1997, the area was extremely run-down, and affected by many serious social issues, such as drug dealing, gang violence, prostitution, and homelessness. At the same time, the semi-derelict warehouses and portakabins a few meters away in St. Martin’s Place were home to some of the best music clubs in London at a peak time for contemporary culture, and music in the UK.

It was an amazing juxtaposing experience to be hearing pioneering music with everyone feeling elated on the cusp of Cool Britannia, in the damp smelly shell of post-industrial London architecture. The contrast was also felt when you left the clubs and were confronted with the aforementioned social issues right outside. London has always had, and continues to have, such contrasts at close quarters.

Eventually, the council and property developers saw the need and opportunity to regenerate the area, so the clubs closed and extensive construction work was carried out. The social issues seem to have been moved elsewhere or hidden in the side streets rather than solved, in the sad way that regeneration cycles often work. Kings Cross Station was given a much needed and now loved overhaul.

The canals were cleaned up and St. Martin’s Place was turned into a huge urban plaza (now home to many restaurants and St. Martin’s College of Art). Google, The Guardian and many other large companies now call the area home, and it is one of my favourite parts of the capital for very different reasons to those I felt all those years ago.