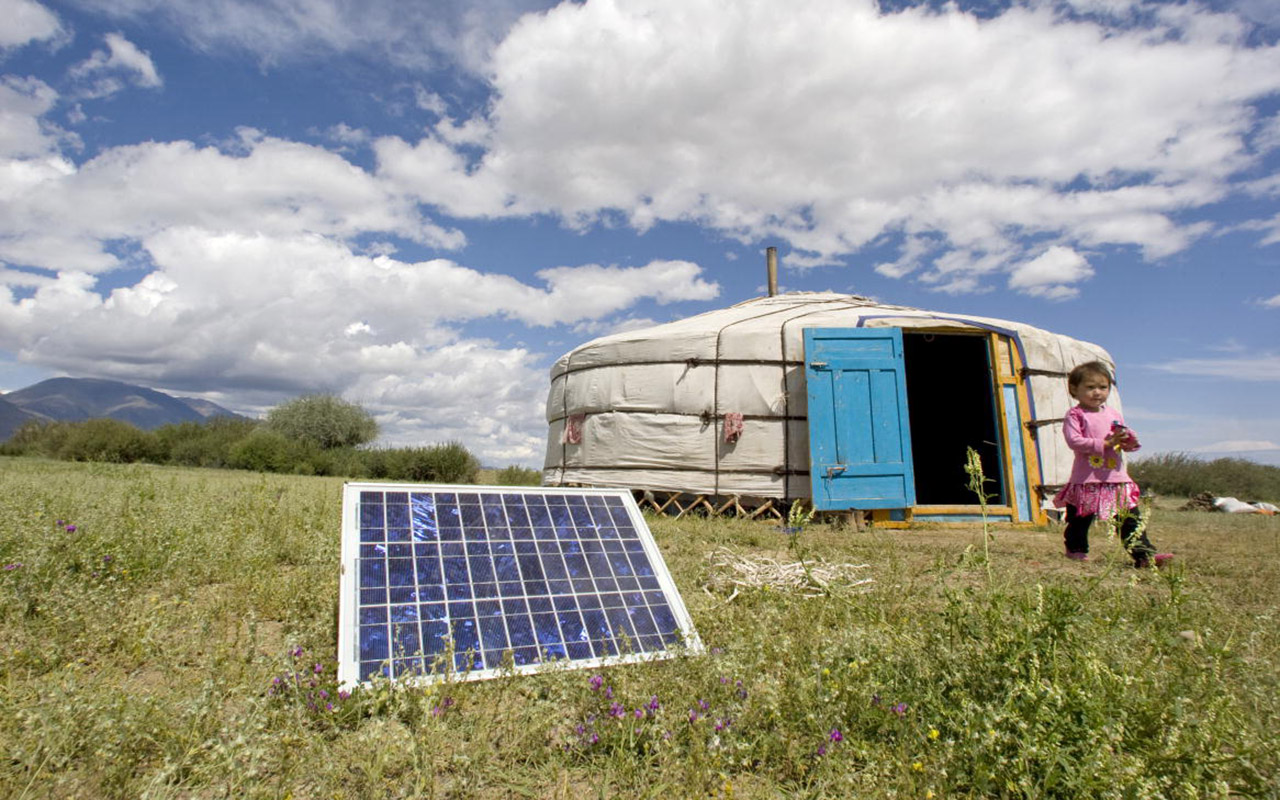 A smogless New Delhi. A carless LA. A worldwide flourishing of wildlife. As if somebody wished upon a monkey’s paw, the Covid-19 pandemic has rendered before us the wildest imaginings of post-climate crisis cities. There is now no question – radical action can be a fast-acting remedy to our critically ill planet. It is now also clear that if climate change is left unaddressed for too long, then last-ditch, desperate measures may need to be taken to stave off catastrophe.

With the Covid-19, there came a point where the window for a swift conclusion grounded in adequate national and global preparation closed, and the devastating measure of widespread lockdowns became inevitable. We may now be racing towards that point with climate change, yet there is no equivalent to a lockdown when it comes to environmental collapse. The tragedy that is the Covid-19 pandemic has given us a sharp lesson ­– for swift, effective solutions to the climate crisis we must look not to national governments but to urban community organisations and grassroots leadership.

This conclusion is far from armchair hyperbole, but a stark reality. Compared to the climate crisis, a pandemic is easy to avert and prepare for. Through epochs of experience, humanity is familiar with pandemics. Entire international institutions exist birthed from the need to coordinate global health policies. Though stockpiling and contingency planning is costly, it is very much possible without radical change to the existing social and economic order. Even then, countries such as the UK found that they had, indeed, failed to prepare, and were slower still to act when the time came.

Governments will scarcely sacrifice GDP unless backed against the wall by catastrophe. Averting the climate crisis needs far greater preparation and radical change than public health planning – it needs the upending of an economic system that is based on indefinite economic growth mass-consumption. The monumental political-will needed to see such radical change may only emerge when the crisis has progressed too far. If we cannot hope for proper long-term thinking to avert the crisis of a devastating event seen countless times in history, what hope is there of waiting for that change to occur for the never-before-seen threat of the climate crisis?

It is, then, no surprise that the most radical solutions to climate change are not coming from the corridors of power, but from the community halls of those afflicted by environmental destruction. Community projects across the world suffering from environmental degradation have demonstrated not only their effectiveness at promoting radically sustainable projects, but for recognising without hesitation that challenging the climate crisis means challenging the status quo.

In Bolivia, a water-pollution crisis wherein 80% of wastewater goes untreated before returning to the environment spurred the Water and Sanitation for All (W&SFA) project. The Bolivian government recognised the urgency of the situation in 2012 by declaring an ‘environmental disaster’ but took little further action. It was the people of the San Pedro Magisterio neighbourhood that demanded action and insisted that they be allowed full control of any initiative to treat their water.

­­­The resultant cooperative-led project saw the neighbourhood communities successfully construct a wastewater treatment plant, with management of the entirety of the water cycle being managed through a ‘water cooperative’. Now, no wastewater in the community returns to the environment without treatment – unbeholden to economic interests, and faced with the consequences of the government’s inaction, the community demonstrated that they could achieve that which neither private nor public institutions cou ld offer.

This pattern can be seen the world over. Dajopen Waste Management (DWM), operating now for over a decade in Kitale, Kenya, is a community-based waste management programme that seeks to promote sustainability, fulfil community needs, and offer a source of income for participants. The project trains community members in waste management, converting urban waste into useable tools fertiliser which can then be sold back to the community.

These low-cost resources further empower agricultural workers and improve local food security, the resulting food output being sold back to the local markets where waste materials are once again collected and repurposed. The scheme has won international acclaim as demonstrating exemplary environmental practices. Crucially, this success has won them the backing of national government funding with an eye for expansion. Rather than waiting for government action on sustainability, DWM illustrates how action can be taken in communities, and in doing so drive change upwards.

Community projects can also be trans-local, scaling up effective initiatives from one geography to another. Shelter and Settlement Alternatives (SSA), for example, is a Ugandan network that brings together civil society organisations, communities, individuals, and private sector entities to lobby for a right to sustainable, adequate housing.

Established in 1999, they have successfully launched a sustainable, cooperative housing model that sees the design, construction, and ownership of affordable housing being undertaken by communities. The pilot to date is the only carbon-neutral, affordable housing project in the country. Having secured the backing of the national government, the pilot is set to expand – much like DWM, the initiative presented an already-flying project that demonstrated the effectiveness of an approach that addresses multiple needs, in this case, housing and sustainability.

Cities have a duty to support and elevate these such projects where national governments fail to do so. As urbanists, we are quick to point to cities as leading sustainability initiatives, but they have often failed in this duty where their own mark or brand cannot be stamped on it. Both DWM and W&SFA saw their respective urban governments either drag their feet in supporting, or outright opposing, their projects. For SSA, one of the principle issues that they face is local administrators and officials dominating community workshops, refusing to accept that communities can both recognise their own needs and offer workable solutions towards sustainable practices.

Where partnerships are achieved, there is often a gross imbalance of power. Many community initiatives have found that by engaging with national and international networks, they are afforded greater visibility and security in their endeavours. DWM, for example, has established its reputation as a leading environmental initiative, participates in international conferences, and has won numerous awards, which in turn lends it credibility when dealing with the government. City governments must simply offer more in elevating such projects if they are to have a fighting chance of creating change on a wider scale.

On the other side of the coin, caution must be taken here not to elevate community projects to a mythical status for virtue of their grassroots spirit, nor should their efficacy support a libertarian approach to tackling the climate crisis. The examples given here of community-driven projects based in the global south have been undertaken in large part because of the inequalities in local governments provision of basic services such as water and proper waste management.

Private sector provision is often even less equitable and more environmentally destructive – Bolivian communities are plagued by one of the most privatised water delivery systems in the world, commodifying, extracting, and selling a vital resource. Community driven projects are one piece of the complex climate crisis puzzle. They can drive and inspire change, but that is not a substitute for the role that cities and governments play, not only in tackling climate change, but in delivering and protecting the rights and services of the people.

We needn’t wait for leadership in tackling the climate crisis. Solutions are being offered all around us, in oft-underreported community projects and grassroots campaigns. Each of the examples offered here demonstrates the resilience, technical-ingenuity, and radically sustainable potential that community initiatives offer. They are far from the only examples. By supporting projects that address the causes of climate change – mass-consumption under the logic of indefinite economic growth – tangible change can be achieved.

Indeed, tangible change is already occurring. Far from fantastical musings about a utopian future, such projects are now a very realistic antidote to the dystopian world that awaits us if change is not enacted faster and more radically. If a smogless New Delhi and a carless LA are no longer fantasy, then who knows what could be achieved.

Francis Clay is an early-career researcher whose work has focused on urban themes including informal settlements, social movements, and local government policy 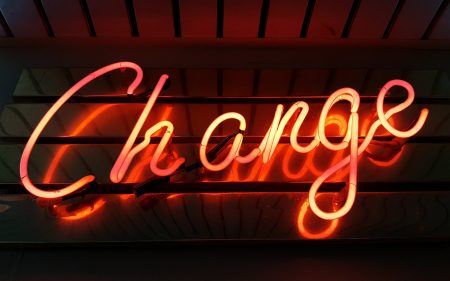 Solving the wicked problem of our times

Ina Dimireva AoU argues that the fight against the climate emergency requires a culture change
Read More
Join and Support
Become a member of The Academy of Urbanism
The Academy of Urbanism is a politically independent, not-for-profit organisation that brings together both the current and next generation of urban leaders, thinkers and practitioners, as well as those that support our programmes, events and activities. If you would like to help us to recognise, encourage and celebrate great places, and the people and organisations that create and sustain them, we encourage you to become a member of the Academy.
Membership